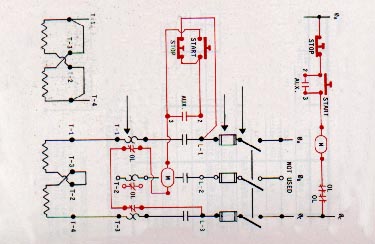 11/26/1998 - Update, shmupdate. My original intentions were to keep the car as close as possible to stock. This ideal has obviously been radically changed, but the shift from the original intent has not altered much in terms of its spirit. Here is my originally stated intentions for the car when I originally conceived the page back in March 30th, 1998.:

This page will be dedicated to the"Before" and "After." ...main goal here will not be to merely report what mods havebeen done to the car... No, as of the Time of this writing... the car is bone stock... ...I hope to chart these changes as they occur... ...as each new performance part is bolted on.

The idea to maintain "before and after" is still maintained. I intend to document the changes however I can for any mods that are applicable, except for the most part there aren't many mods that are applicable anymore. The only power enhancement worth talking about that remains is the supercharger kit from Unorthodox Racing but that is such a significant jump that doing a before and after test of the horsepower increase is a pointless task. Gains are guaranteed and the only thing left to do would be to tweak and chart the changes between each tweak. But even that is wasted effort since what works for one may not work quite the same for the other unlike most bolt-on performance parts. We'll now look at each of the original 3 "methods" and address them one by one.

The main goal will be threefold.


1. The idea is to avoid getting pulled over by the curious trooper who prejudges the car (and the driver) due to the way it looks. Items such as lowering springs, dark tinted windows, 17" 7 spoke chrome wheels, and foot tallspoilers do very little to improve typical performance, and may instead attract unwanted attention.

This ideal will hold true to form. Currently the only non-stock appearing object on my car is a club logo sticker on the driver's side rear quarter window. At the very most, I will add a small Unorthodox Racing logo somewhere once I am supercharged. It will be small and discrete.

2. Mainly referring to straight line acceleration, the mods will hopefully be cost effective and yield as much power as possible. Intake and exhaust are the two items which come to mind the quickest, but let's not forget the headers, underdrive pulleys, etc.. There are more "surefire" ways to extract more horses, namely nitrous, but thatleads to #3.

Ahh, that was then, this is now. There are more surefire ways to extract reliable horses. Read on and find out what.

3. The idea will be to try and avoid causing unnecessary scowling on the part of the local Ford technician who decides that the engine grenaded because NOS was used instead of a faulty engine component. The idea is to beat Integras and Preludes at the stoplight and the track, not Vipers and Vettes.

Well guess what. Now that the car is out of warranty there is very little to stop me from doing what I want at this point. I will of course make everything easy to reverse engineer if I need to. But forced induction is inevitable at this point. It will happen. It's just a question of when and not if.

I also hope to make available all the performance data I have managed to gather about my specific Ford Probe GT. Before and after pictures will be made as often as possible.

This philosophy still holds true. I have no biases against particular companies or groups. I just report what I know in as unbiased a way as I can do. If I am not having luck with something everybody else raves about, I'll say so but also point out that I'm in the minority. Also, I am in the process of acquiring an expensive brake kit from CB Performance. I hope to do a brake test which will determine exactly how effective the brakes will be, from their stopping distance to their fade resistance. Not very many people undertake this sort of work but I do this as a hobby and a sense of morbid curiosity. I do this because I enjoy it.